With the Introduction of Windows 8, a new native application was introduced along with the Microsoft operating system, known as “metro” which was later renamed to “modern”. Windows has plenty of modern apps along with a separate marketplace to download them just as PlayStore for Android. This article is about to discuss a particular issue that makes albums and its artists show up as ‘unknown’ in Groove music player app.

In the “Albums” section, the affected albums are shown as depicted in the following screenshot. Notice that, both the Album and its artist’s names are marked as “unknown.” 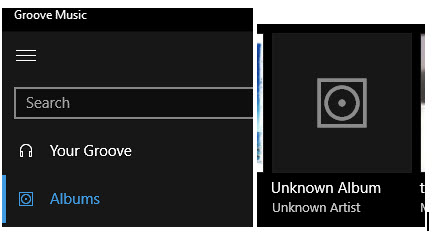 Solution 2: Manually Editing the Meta Information of the Music Files

If the music file isn’t popular or if its meta information isn’t available in Microsoft servers, manual editing is unnecessary. Even though it’s a walk in the park with a single file, it can be quite frustrating if there are hundreds of files, and thus a third party application such as Mp3Tag is required to edit the files.

While you’re fixing unknown songs, albums and artists information in Groove, you may also encounter duplicate songs in Groove. You can fix those song duplicates using Clone Files Checker and keep your music organized.

How To Enable Dark mode On Facebook’s New Design

OPPO to commence the sale of the Diwali edition F17 Pro...

Best Laptops For This Festive Season

The History Of The Word ‘Hack’ – By Wrike Project Management...