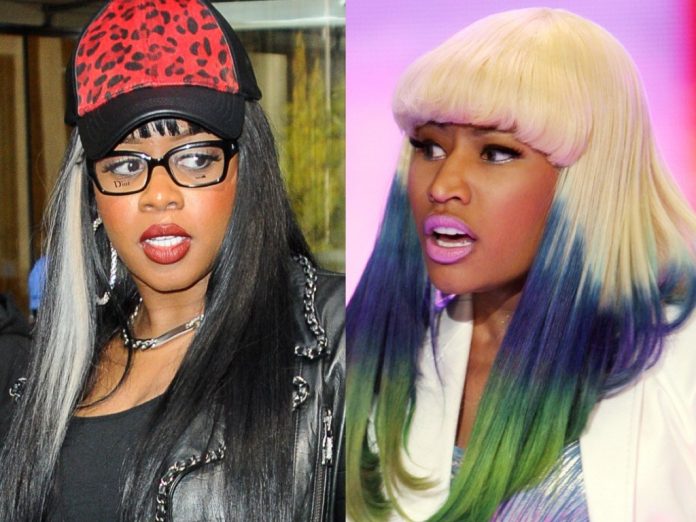 Finally, Nicki Minaj’s uninterrupted run for the past seven years has been broken, and we have a new Best Female Hip-Hop Artist at the BET Awards in the form of Remy Ma who took home the trophy this year in the same category on Sunday.

It is three years since Remy Ma has left a prison cell and she has notched giant success at the 2017 BET Awards, when she won the trophy for Best Female Hip-Hop Artist at the star-studded awards show. The other nominations are Nicki Minaj, Missy Elliott, Cardi B, and Young M.A.

Remy with singles like “All the Way Up” and “Money Showers,” impressed the judges and she is now in a position which she cannot have imagined a few years ago. It was a sort of Black family reunion at the BET Awards. It was an occasion for the family to come together to giggle, catch up, and even crack jokes on one another. Of course, sibling rivalry is inevitable, and there are rifts among members.

Remy Ma accepted the awards and shouted the infamous words from “ShEther”: “ARE YOU DUMB?!”. Remy also thanked all her fellow nominees with the exception of one. You can figure out who she is. Ma thanked God and also named two correctional facilities in her speech. She expressed gratitude to her mentor Fat Joe and husband-rapper Papoose. She also said that people could make mistakes and come back.

Minaj and Remy have been at loggerheads and dissing one another for some time now. During her speech, Remy picked out some lyrics from her song “Spaghetti “which was aimed at the self-proclaimed “Black Barbie.” The two have sparred especially after the release of Remy’s seething diss track “SHEther” and “Another One.”

Ma was released from prison in 2014. She last won the Prize in 2005 and was sentenced to three years in prison after she fired at a former acquaintance accusing her of theft.